Enjoy this reflection by our Terracorps Service Member Melissa Ward on her experience working alongside a killdeer family in the Giving Garden this spring:

The Garden is a great place of discovery, of learning about your environment, how things grow, connecting with others, and yourself. This spring I discovered a small nest on the ground in our Giving Garden. Ellena knew (of course) that it was a killdeer moving in. We soon discovered a single egg was laid. You really have to pay keen attention to be able to spot the killdeer when it is nesting because like many animals, they are brilliant camouflagers! Ellena put a flag next to her nest so that we could be mindful of her home. I wish I had kept track of the time, but the next time I was at the garden there were two eggs, and the time after that there were four! 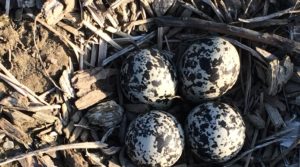 Four is a typical number of eggs for killdeer as they usually have between three and five. Ellena and I have been the roving reporters for the latest breaking news with on our killdeer and her eggs. Our whole GFN staff have been on the edge of their seats about the welfare of this bird and her babies. We have also been anxiously awaiting the arrival of the offspring and concerned because of the bold placement of the nest and dangers from birds of prey and other predatory animals. We have all become attached to this brave bird and have checked daily for the last month trying to catch a peak at her on her beautiful freckled rock-like eggs, making sure they were all accounted for. The protective mother was not just laying down on the job. She has not been afraid at all to scold us for walking near her yard. She would not only holler at us, but she would also puff herself up and might even try to chase us away from the nest. Apparently they will also leave the nest and act like they are injured to try to get a predator away from the nest!

I don’t think I can keep you in suspense any longer. Yesterday, when the mother stood up from her nest, I thought I might have seen a hatchling emerging, but also thought it might have been the fluff from the mother’s leg blowing in the wind. I let Ellena know and she saw the babies right out in the open, ALL four of them! I went over and saw one fully formed baby, right in plain view, next to her mother. I was so surprised about how well adjusted these babies were! There weren’t making a peep or anything, but perhaps they were all exhausted from making the journey out of their cramped eggs.

I learned that these birds, like foul, hatch with their feathers dry, their eyes open, and are ready for walking! Killdeer are precocial, which means “ripened beforehand.” I guess they better be because their mother is not going to feed them. She will bring them to food sources and they will eat on their own. Unlike other birds who need their food pre-digested, being born undeveloped, or altricial, and requiring great care. It will take another 3-4 weeks for the chicks to gain their flying licenses, so I guess we’re not out of the woods, yet. But how awesome to be able to cheer on these amazing creatures and have a front row seat of their growth while we grow food for our community.

A bit of  history from Pat James, our Community Garden Manager: 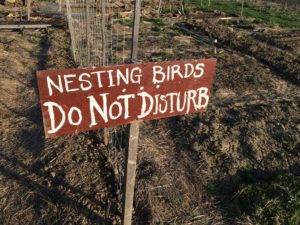 We’ve had killdeer in the garden since it opened. (It’s possible the killdeer think that they’ve had gardeners on their land for the last few years.) For 6-7 years in a row a killdeer family nested in the same plot. The gardener had to wait until everyone fledged before she could garden, so we gave her community service hours credit for the delay. Since then several families of killdeer have moved to Sawmill Farm and the Giving Garden. The garden is a great place for birding. We have great sightings of raptors year round. The summer before last we had a few great blue herons catching moles and voles in the vicinity of Song Sparrow Farm. The swallows are back flying their bug-eating missions over the garden. FYI, killdeer is a protected species, meaning that it is illegal to disturb their nests, so we’re all social distancing until the kids take flight. 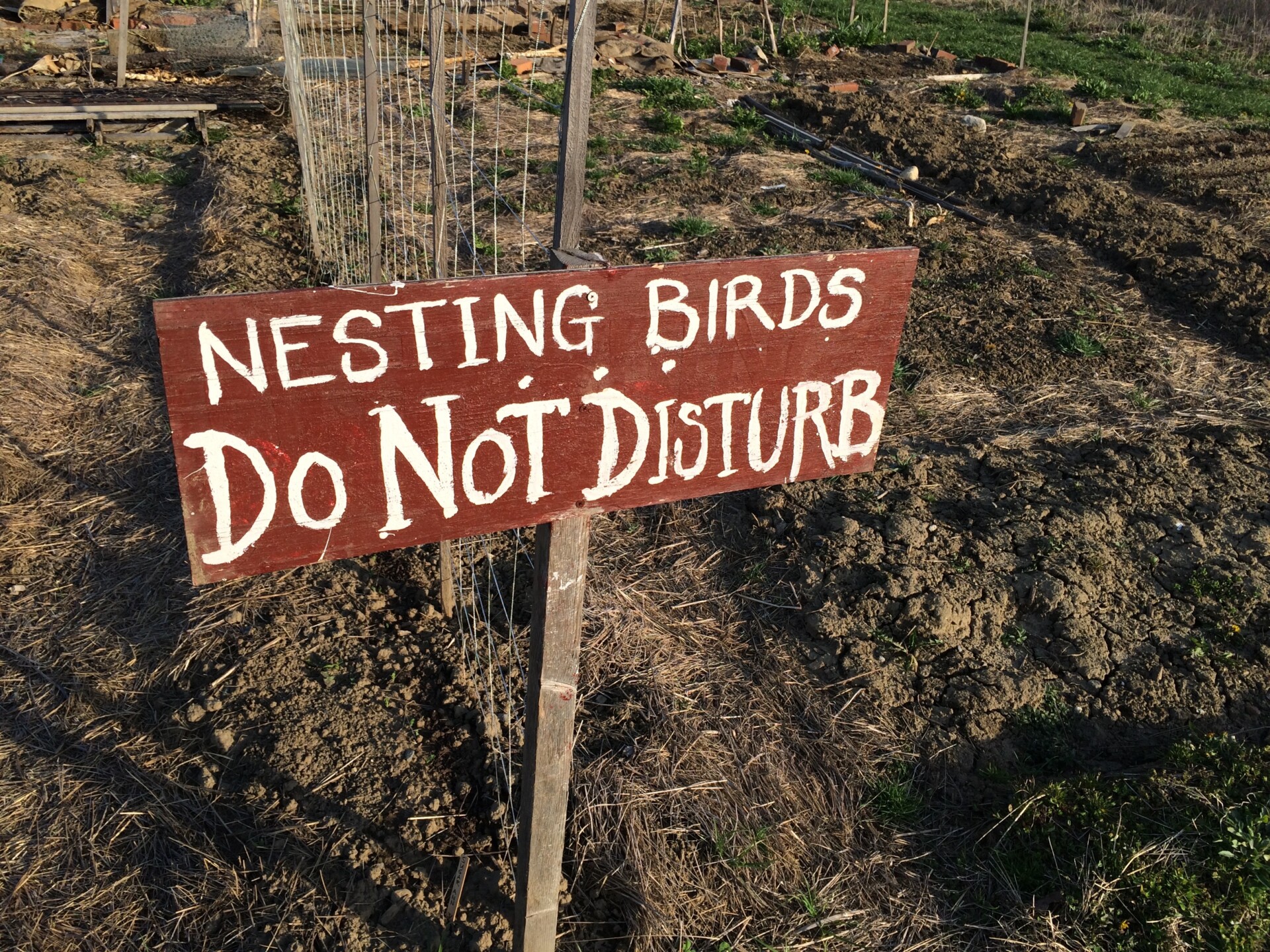