On June 18th, Grow Food Northampton gathered field trip students, local leaders, and family members to the Northampton Community Farm to honor the late Representative Peter Kocot (1st Hampshire). Honored guests worked together with Bridge Street School’s kindergarten students where they worked in the garden, built relationships and appreciated what has been made possible due to Rep. Kocot’s efforts.

Students came to Grow Food Northampton prepared to have fun and participate in garden activities. Upon arrival, they presented a framed thank-you picture to Shauneen Kocot, split into two groups, and started their journey around the Community Garden and Giving Garden. To start off the program, Executive Director of Grow Food Northampton, Clem Clay, thanked the Kocots for their attendance and acknowledged all that the local leaders have done for the community and their contributions to sustain Kocot’s legacy. Clem shared that Rep. Kocot “came to a field trip here in 2014 and a year and a half later he secured funding for us through the Department of  Elementary and Secondary Education because he was so inspired by what he saw.”

Shauneen Kocot shared her memories of her husband’s pride as he brought in his harvest from his own garden. She recalled how he was known to bring fruits and vegetables from his garden and farms in the Valley to the Massachusetts Statehouse to share with fellow legislators. The Kocots took time to speak about the roles gardening and cooking played in Representative Kocot’s life. Mrs. Kocot shared, “As most people here know, Peter loved gardening. It was his therapy. Whenever you spoke to Peter, it came back to food! Kids were also so important to him.” Luke Kocot joined in by saying, “The greatest thing about projects like this that my dad and other Reps think about is community projects bring communities together.” The younger Kocot spoke about how his father anticipated this land to be used for gardening. There is no doubt of the pride he has in his father’s work.

“It’s incredibly exciting to be here now and to see this, the kids working. When I was in school we didn’t have projects like this. Now the kids at an early age implement teamwork, bringing together good nutrition and just getting out of the classroom. It’s great to see projects like this that are bringing people together” -Luke Kocot 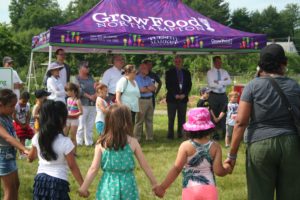 The event gave many local leaders the opportunity to speak to the achievements of both Peter Kocot and Grow Food Northampton.

Both Rep. Scibak and Rep. Kulik echoed remarks about Kocot’s love of gardening and children. Rep Scibak said “Peter took care of his family with his garden and he took care of his community with the community garden. I hope his successor feels the same way and that this garden is here for generations.” Scibak added that it had been an easy decision for him to pursue renewed funding in the House budget bill for Grow Food Northampton’s programming in the upcoming state fiscal year, both to honor Rep. Kocot’s legacy and because of his belief in education and local agriculture.

Rep. Kulik added “Education was at the heart of it. He saw the potential in this effort and the critical component of educating folks about where their food comes from, about the need for locally sourced food. He didn’t just think about it, he got something in the state budget. He followed up year after year. The way he approached this project is absolutely descriptive of Pete Kocot’s life.” Kulik then shared news of a healthcare reform bill that will be debated at the statehouse this week named after Peter Kocot.

Northampton Public School Superintendent John Provost thanked everyone on behalf of the Northampton schools and added that he has enjoyed watching the school gardening programs grow and become integrated into the science and math components of the curriculum.

Local media coverage of the event included articles in the Hampshire Daily Gazette article and MassLive, this WWLP segment, and this WHMP segment on the Bill Newman show (starting at 28:25). 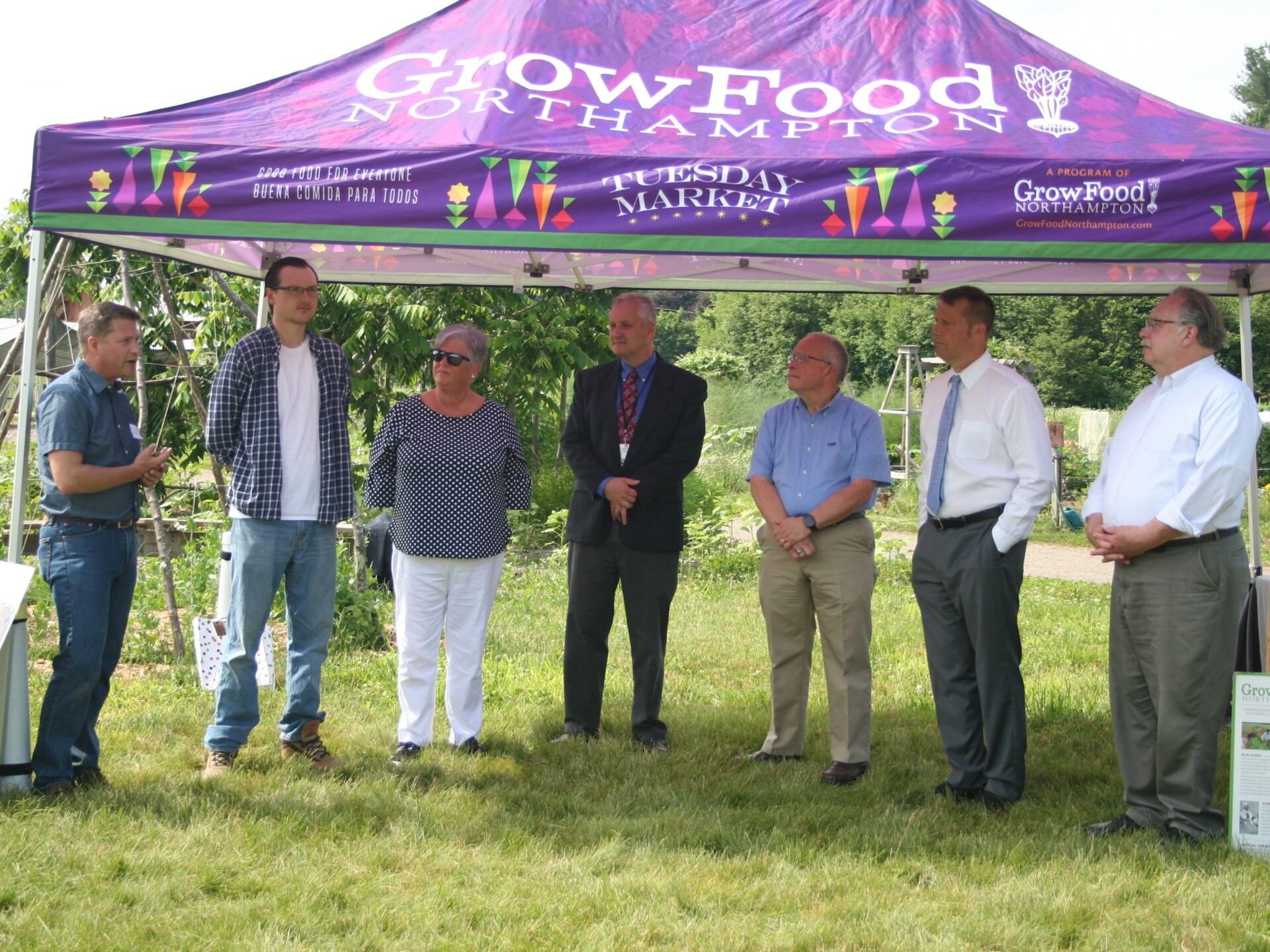 This fall, Grow Food Northampton together with the David Ruggles Center hosted 5th graders from…